After traveling thousands of miles, the trio from the capital of the Central Asian country have now reached Dubai

Three friends cycling from Tajikistan to Mecca to perform the Haj, said it had been an unforgettable spiritual journey – a journey filled with adventure, kindness and hope.

After traveling thousands of miles, the trio from the capital of the Central Asian country, Dushanbe, have now reached the United Arab Emirates.

For Gafurov Dilovar, Nazarov Saidali and Talabov Shokir, all in their thirties, the difficult road trip was one of the only possible ways to make the pilgrimage. According to reports, the government of Tajikistan is banning citizens under the age of 40 from making the pilgrimage and is seeking to give the elderly a chance. 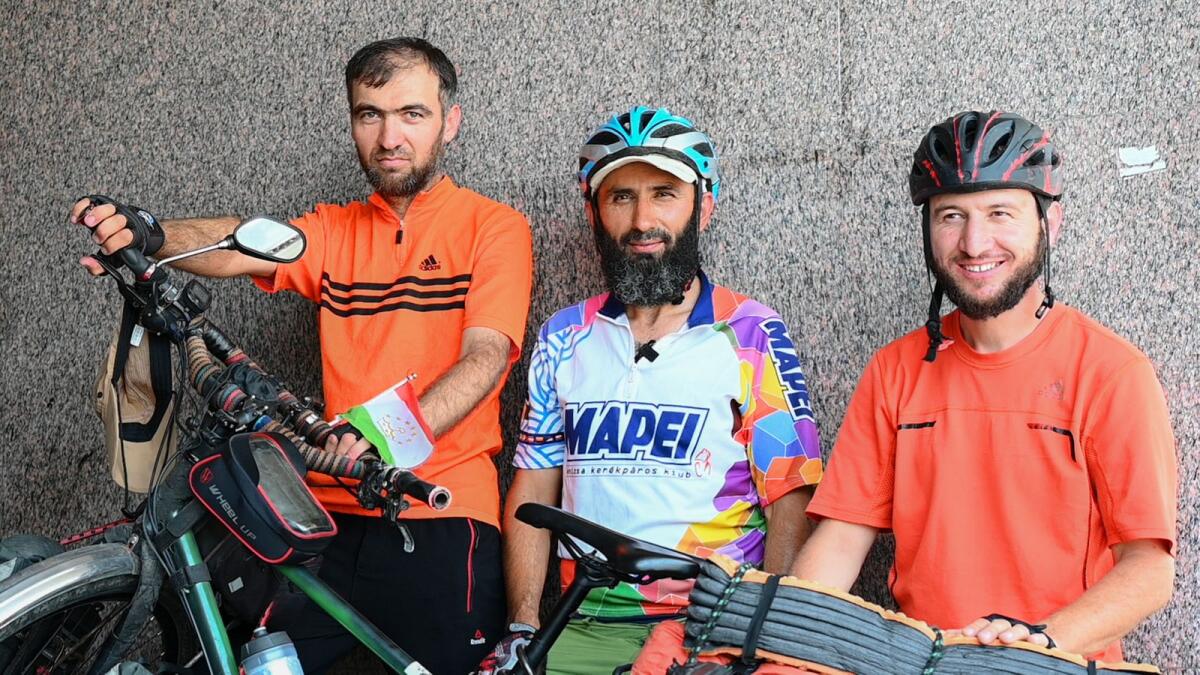 “We are all friends. We decided to undertake the pilgrimage on our bikes. We have been planning this trip since the beginning of the year. We are on a month-long bike ride. We faced several issues ranging from hot weather, sand and dust storms and windy conditions to flat tires, language barriers, sleeping on the road and more, but we overcame all of these obstacles. Now we are waiting to get visas from the Saudi Consulate General in Dubai to continue our journey,” said Dilovar, a 37-year-old entrepreneur and father of two. 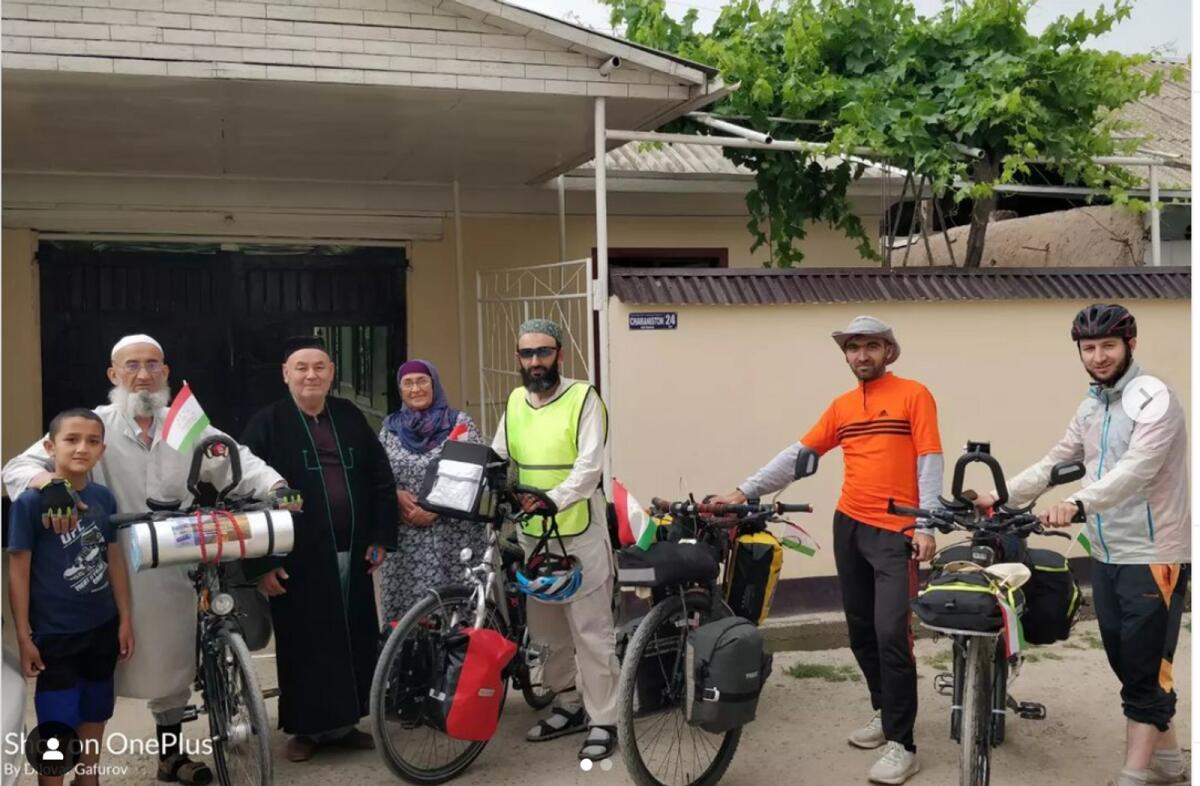 They started the journey after the holy month of Ramadan from Dushanbe, the capital of Tajikistan.

Dilovar recorded and posted key moments on his Instagram handle.

In a strange coincidence, the trio are in the United Arab Emirates on World Bike Day, which falls on June 3.

From the rugged mountains, the trio of cyclists, who speak only Russian and Persian, began their journey after the end of the holy month of Ramadan. They first tried to cross into neighboring Turkmenistan, but entering the country imposed a 20-day Covid-19 quarantine. So they sought to find another route across the border between Afghanistan and Uzbekistan, but again failed due to the new geopolitical situation. Next, they traveled to Tashkent, the capital of Uzbekistan, while touring areas like the historic 2,000-year-old city of Bukhara.

“When one door closed, another opened. Routes changed, but our journey never stopped. We are here in Dubai hoping to get visas to visit Saudi Arabia to perform Haj,” said Saidali, 31, a grocery store owner and father of three.

From Tashkent, they flew to Baku in Azerbaijan, then hit the road, crisscrossing several ancient cities of Iran such as Qazvin – the country’s calligraphy capital and Isfahan – one of the most important cities in the Routes program Silk. They eventually took a ferry from Bandar Abbas to reach Sharjah. 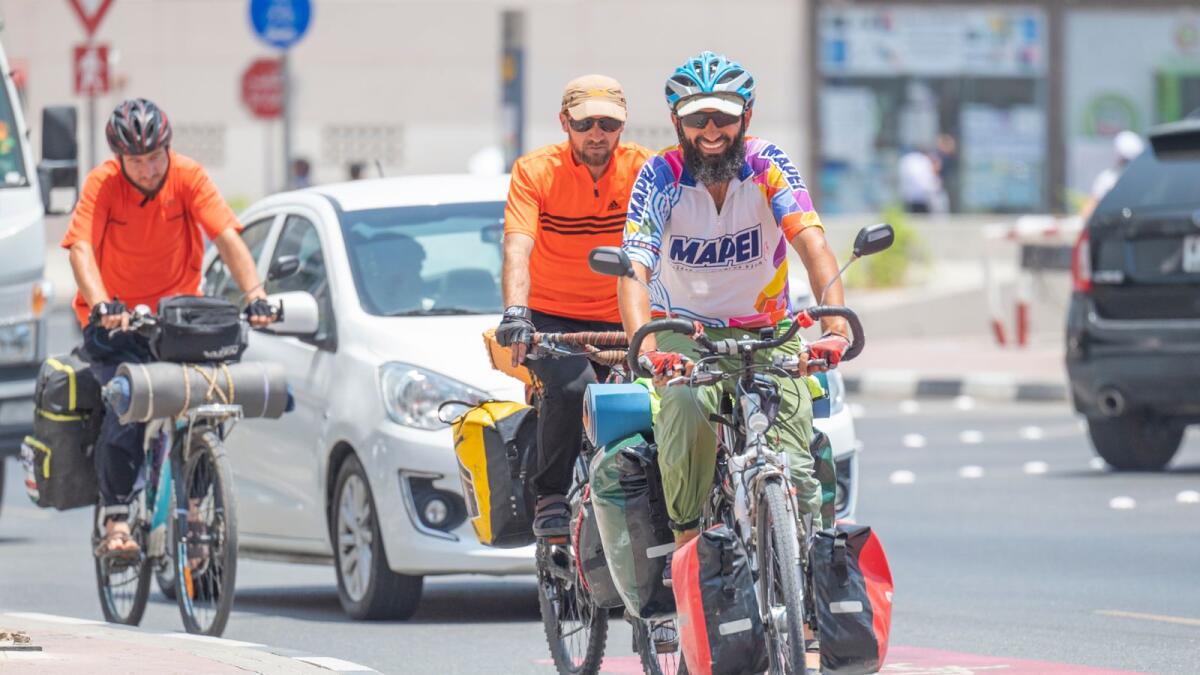 “It has been quite a journey of spiritual awakening. We passed through villages and mountainous areas, riding in searing heat during the day and cold nights. We ate by the roadside and camped outside mosques at night. We traveled with essential gear like maps, tents, snacks, etc. said Shokir, 34, a businessman and father of four.

They prayed in several iconic mosques and paid their respects at the graves of martyrs and saints. 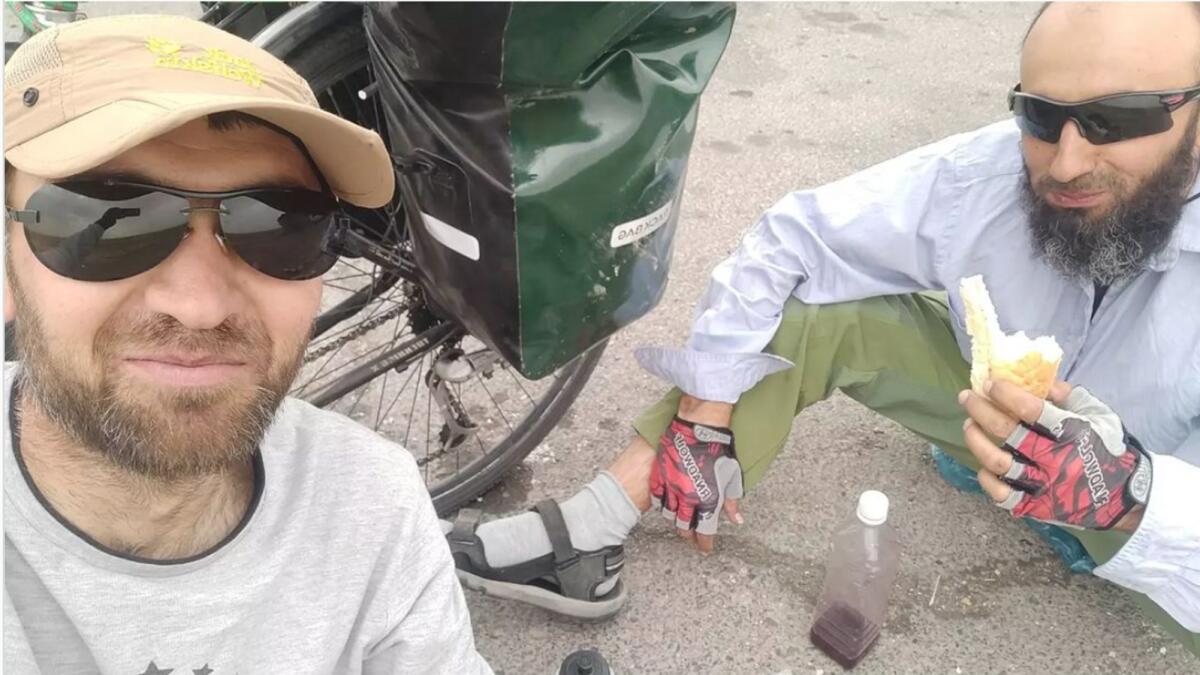 Take a bite on the go.

“Over the past 30 days, we have been to different countries and cultures, and we have made many new friends. We have learned many new life lessons. We could help people fix their flat tires. We have received support from several people we were meeting for the first time. We always believed that we could complete this Haj pilgrimage, and we are now almost there. We hope to get visas to travel soon,” Dilovar added after his visit to the consulate on Friday.

In Dubai, they are assisted by their friend Mohammed Jon.

“Over the past 30 days, we have visited different countries and cultures and made many new friends. We have learned many new lessons in life. We were helping people fix their flat tires. We received the support from several people we met for the first time. We always believed that we could complete this Haj pilgrimage, and we are now almost there. We hope to get visas to travel soon.